The Pitfalls of Big City Moving

For generations, Americans have flocked to big cities. The opportunity, fast-paced lifestyle, and social scene of cities attracts millions each year. However, the promise of big-city life can come with a few drawbacks. With less space, time, and increased regulations moving in a big city can present more challenges than suburban or rural moving. However, as long as you’re well prepared, moving in a big city can be just as easy as anywhere else. Otherwise, how would thousands of Americans move in, out, and around major cities each day? Here’s our list of the biggest challenges to big city moving along with simple solutions: 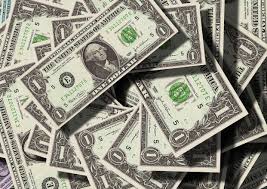 Similarly, to just about any good or service, moving is more expensive in a large urban area. A higher cost of living means moving companies will have to pay their employees more. Additionally, fuel tends to be much more expensive in urban areas, which will increase the truck or travel fee. Moving companies may also have to pay higher fees for parking, which can further drive up costs.

If you’re looking to cut back on moving costs, try packing less. It can be difficult to part ways with some possessions. However, in the long run, selling or donating things you own can have a huge benefit! Along with decreasing the cost of your move by packing less, selling some items could offset your moving cost. If you’re lucky, you may even find enough value to pay off your whole move!

Due to the scarcity of parking in urban centers, most major cities require that you obtain a permit to park a moving van or truck. If you use a moving company, make sure to ask if they have a permit. Moving companies that regularly do business in major cities should have a permit in place.  However, if you decide to take part in a DIY move, you’ll need to acquire a permit yourself.

Even with greater regulation, city governments can’t stop all illegitimate moving companies. While most major cities maintain plenty of reputable moving companies, there’s always a few bad eggs. Because moving happens so much more often in urban centers, customers can be more susceptible to scams. If you want to avoid using unreliable movers, one resource to look to is the Federal Motor Carrier Safety Administration. The FMCSA allows you to search for moving companies and find out whether they have a USDOT number. Also, be sure to check if your state requires additional licensing. Don’t wind up the next victim of a big city moving scam, make sure to put some research in! 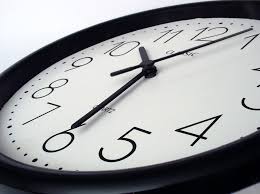 When you’re moving in a suburban or rural area, you may have much more flexibility with your move date and time. However, when you’re moving around a large city, your time may be much more restricted. For example, most apartment complexes will require you to move out by a certain date. Then, on moving day you have to be sure that elevator time has been booked. Additionally, moving trucks may only be able to park on the street for a short window.

To alleviate the shortage of time during a big city move, make sure you are as well packed as possible. If you have to save any packing for the last minute, it could add hours to your move. On the other hand, if you’re extremely well prepared your move could end up taking less time than the original estimate.

While a large home in the suburbs may provide spacious doorways and sidewalk space, a big city move often requires dealing with tight spaces. Even if you have a home in the city, your neighbors are probably much closer. With less space, moving in an urban area can never be a private affair. Before you move, be sure to inform your neighbors of your move date. That way, your neighbors won’t be surprised by the commotion and can stay out of the way. Additionally, make sure all of your furniture is well-wrapped and padded.

The high population density and fast pace can make big city moving more difficult. However, keep in mind that thousands of people are moving in, out, and around major cities each day. As long as you prepare in advance and use a reputable moving company, your big city move should be a breeze!

Best Neighborhoods for Millennials in DFW

Advantages to Moving in the Spring